The wife has sex with handicapped husband but he comes prematurely, exhibiting to us the wife’s sexual frustration.

The young neighbor tries to help the wife hang her newly washed clothes and touches her hands and prolongs it. Husband catches them and asks the neighbor what he is doing. The neighbor leaves and the husband tells the wife to stay away from the young chap and reminds her that she is married.

The couple’s niece comes home drunk one night and is mindlessly touching herself while being delirious in her bed. The wife watches her and gets turned on. She begins caressing her niece’s boobs and body and lets her suck her fingers. She makes out with her, but the niece passes out so she just leaves her.

The niece becomes the young neighbor’s girlfriend so the neighbor gets to hang around inside the wife’s home more.

The wife encounters her young neighbor in a narrow passageway. Their bodies are almost touching and the sexual tension between them is very obvious.

It’s the niece’s birthday and the neighbor is celebrating it with her along with the couple. The wife and her neighbor throw each other knowing glances at the party. After the party, the young neighbor brings the wife’s niece to his place and screws her. He mentions the wife’s name while the niece is riding him. After they’re finished, the young neighbor peeks at the wife’s window and sees her pleasuring herself, and intently at that. After cumming, the wife notices him and feels ashamed. But after recovering from initial embarrassment there is a slight hint of smile on her face.

One night, the neighbor confronts the wife in an alleyway and asks her why she keeps on avoiding him. He starts kissing her, the wife resists at first but gives in. They make out and he fucks her while her back is on the wall. But then she pushes him and runs away.

Back home, wife makes love to her husband on the wheelchair. However, he comes prematurely again.

Next day, the wife tries to avoid her young neighbor outside her home but she falls while doing so and gets injured. He brings her inside a house that looks like a storage room to treat her wound. There, he begins making advances towards her sexually. She is resisting considerably but after a while, she gives in. He bangs her doggie style.

The niece catches the young neighbor with the wife’s picture. She gets upset and tells him he is sick because he likes older women. The niece confronts her aunt and accuses her that she must know how long and strong their neighbor’s cock is.

The young neighbor confronts the wife again outside. Again, she resists him but in the end, she still gives in so he screws her in one of the abandoned homes. The niece catches them and calls her aunt a whore and runs away.

The niece shows the pictures to the young neighbor to show him how much of a whore her aunt is. She convinces him to go the States with her. Her boyfriend did not budge and says he really doesn’t love her and tears the pictures.

The wife comes to her young neighbor’s home and they make love there. This time there is no resisting. But after that, she leaves him a letter telling him that she will have to leave him because she has to take care of her handicapped husband. 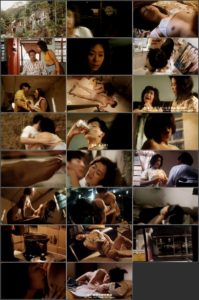