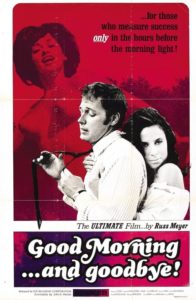 Tales of eleven losers are told and interwoven. Burt can't satisfy Angel, so she seeks the arms of another man, who is caught by Angel in the arms of another woman. Angel ends up with Justin, who ends up with a co-worker's wife. As Angel and Burt argue, a sorceress watches, and eventually seduces Burt while Angel gets to know Ray, who had previously chased a blonde girl down on the coast. You get the idea.