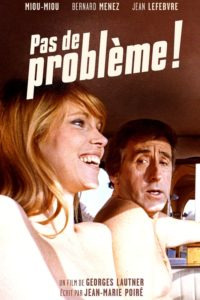 Following a car chase and shootout, a man stumbles into a girl's apartment and dies. Frantic to be rid of this encumbrance, and wishing to avoid getting involved with the police, the girl finds a willing lad in a bar who will help her with her predicament. He loads the body into the back of his father's car. Before he can find a place to dump the body, his father takes off in it to see his mistress. In this comedy, the car with the body, chased by the girl and her helpful new friend, slips from their grasp time after time. 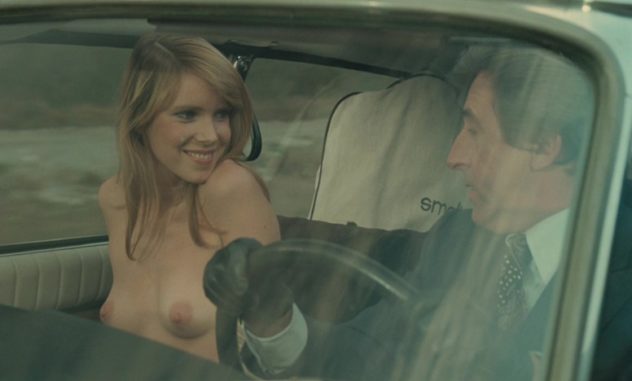 While the father is on his way to his mistress' place, he gives a lift to a chick who's car broke down at a gas station. She fends off his advances but when she sees the dead body in his trunk, she gets turned on at the idea of him being a man with secrets. She takes her clothes off while he is driving and fucks him inside the car later while it is parked. But the sex is only implied as we only see the car rocking back and forth from the outside. We do see her nice breasts inside the car, though (at around 46:20min).

When the father drops the chick off later at her destination, she tells him that she is married.