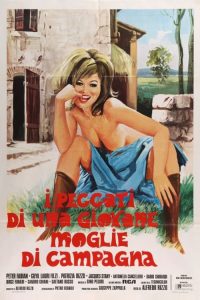 A wife of a pastor gets involved in lot of bed-hopping among the citizens of their pastoral town, which becomes even more complicated when it's revealed that one of them is an imposter.

In a farmhouse in the Tuscan countryside that is his property, the Protestant pastor Clemente Argonni comes from Ireland with his wife and children. Leading the farm is the elderly semi-impotent Tommaso, whose wife Angelina therefore gets on with Rocco the boy. Another servant, Gigetto, engaged to the maid Cecilia tries in vain to obtain her favors. After the arrival of the owners, Rocco has to divide himself between Angelina and the shepherd’s wife, while Gigetto is coveted by the latter’s daughter. One day another shepherd arrives from Ireland with his family: he is the real Argonni, the other being only a waiter who pretended to be him, believing him to be dead in a plane crash. However, his presence will not change anything, on the contrary it will make the exchange of beds between the many guests of the farmhouse even more complicated.