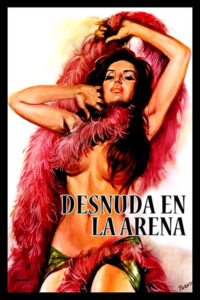 Sarli plays the role of Alicia who is left behind with a young son when her husband goes to Panama to work. She has affairs with various men, which leads to extortion.

So that means Isabel Sarli isn't cheating when she is having affairs with other men for the rest of the movie because her husband is already dead, so can I still include this in the site's list? You bet I can. I will always try to find an excuse to include any movie with the voluptuous classic beauty, Isabel Sarli, in it. Hmm, how about including it in the Girlfriend Sharing category? Yep, that will do. Because after her husband dies, she hooks up with this young, attractive guy. They go on dates, have sex, you know, the whole shebang establishing that they're in a relationship.