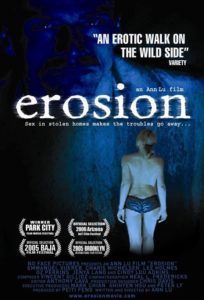 Haunted by a failing relationship, Gabe devises a risqué game for escape. He invites Irene to dinner at a lavish mansion. Unhappily married, Irene finds the temptation irresistible when Gabe invites her on a second date. To her surprise, she meets him at a humble suburban home. Playfully, Gabe admits that he broke into both houses for their trysts. A frightened Irene returns to her husband. Unable to make peace with his past, Gabe escalates his pursuit of Irene, who ultimately surrenders to the thrill of abandoning her life and having sex with Gabe in strangers' homes. House after house they push the limits, defying reality by living stolen lives. But is there really an escape from life? And how far can they go before their past catches up with them?