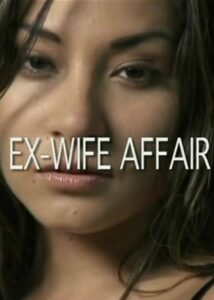 A bisexual woman accuses a divorce instructor of sleeping with her ex-wife.

A hot woman goes to a male divorce instructor just before his class commences. She tells him that she suspects that her ex-wife (yes 'her,' they may be in a state where same-sex marriage is allowed) had cheated on her when they were still married.

The instructor tells the woman that if they are already divorced, then it's too late, but he meaningfully adds that he's available. Then we get a fantasy scene where he and the hot woman fuck.

After that fantasy scene, the woman tells him that her ex had a lover and it looked a lot like him. The divorce instructor offers him an alternative, that maybe she cheated with another woman, instead. The woman thinks about it and says maybe, then we get another fantasy scene (or maybe this is what really happened) where her ex-wife is fucking another woman.

After that fantasy scene, the woman insists that it must have been a man. So we get another fantasy scene (or again, maybe this is what really happened), and this time it is the divorce instructor fucking the ex-wife while another lesbian couple is also doing it in the adjacent room.

After that fantasy scene, the woman and the divorce instructor continue their argument whether it was a man or a woman whom the ex-wife cheated with. Finally, the instructor says it doesn't matter and there's nothing she can do, then he adds, "But that's not why you're here." To this, the woman replies "'Cause I want you, right now." And they proceed to fuck on the instructor's desk.