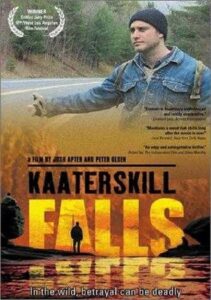 In the wild, betrayal can be deadly.

A romantic road trip to the Catskills for some much-needed time alone turns bumpy for Ren (Hilary Howard) and Mitchell (Mitchell Riggs) in this indie film directed by Josh Apter and Peter Olsen. After picking up a hitchhiker, Lyle (Anthony Leslie), their dream vacation becomes a nightmare, especially when he appears at their cabin hours after they drop him off at the side of the road. At Kaaterskill Falls, the mounting tension takes its toll. 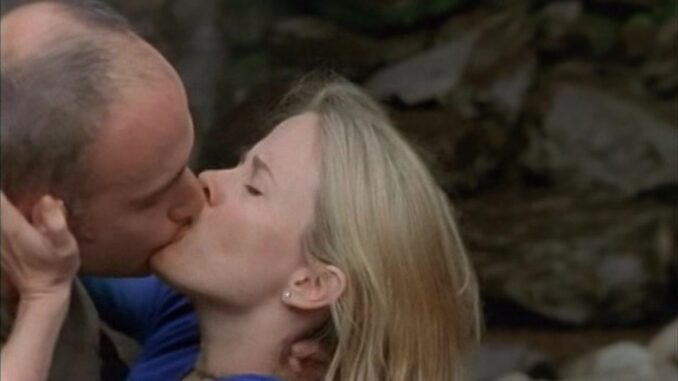 The couple hikes down towards the bottom of the falls to try to save the hitchhiker but before they reach it, the husband tells his wife that the guy is probably dead and that they should just go home. The wife doesn't agree and she remains and tries to search for the hitchhiker while her husband leaves.

It turns out that the hitchhiker is alive because he was able to grab onto something and didn't fall all the way down. The wife finds him, and after getting elated to see that he's alive and well, she fucks him by the side of the falls. We see them kiss, and we see the wife's tit for a split second while the guy is kissing it, but the shot is too close to their faces during their lovemaking.

(Spoiler) After their lovemaking, the wife tells the hitchhiker that she doesn't know what to do, to which he replies that she should just go home. After that, for whatever reason that I don't quite understand, the wife pushes the hitchhiker down the falls, killing him, and comes back to her husband. 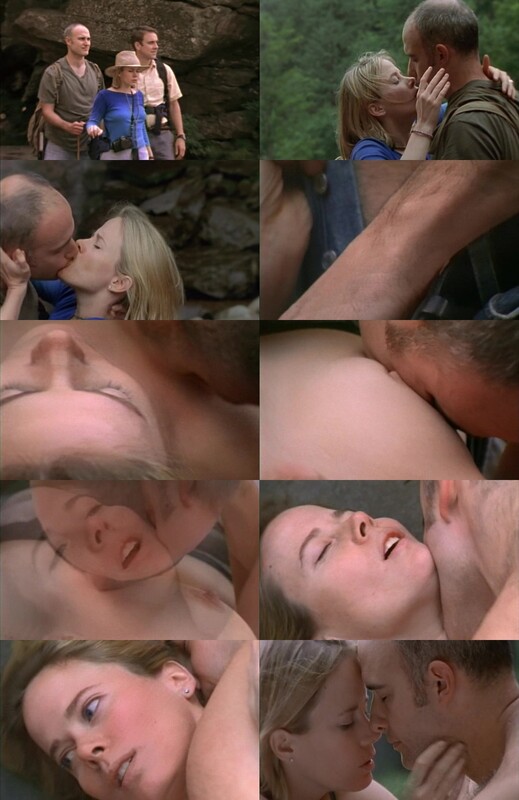