When the professional killer Armand 'Blackbird' Degas falls in disgrace with the Mafia, he flees to another city in Canada. He stumbles upon the psychopath Richie Nix, who lives with his girlfriend Donna. Armand teams up with him and moves to his house. Richie summons Armand to participate in a scheme to take money from a wealthy real estate agent, but he commits a mistake and the couple Wayne Colson and Carmen Colson witness their action. They are forced to join the Witness Protection Program by the FBI and they move to another town. But Armand and Ritchie are hunting them down since they are a thread. No sex scene but still quite sexy if you like Rosario Dawson.

At 48:40, Richie Nix's (Joseph Gordon-Levitt) girlfriend, Donna (Rosario Dawson) goes inside the bathroom and takes a shower but leaves the door open even when she knows that her boyfriend's crime partner, the older Armand (Mickey Rourke) is just outside. When she finishes up she enters her bedroom, nudges the door only slightly and not completely closes it, and takes off her towel, knowing that Armand is just behind her and can see her. These are enough signs for Armand to make a move. He enters her room and fucks her, but again, sex is just implied.

A little later, Donna, dressed in something that really shows her cleavage, hangs out with Armand on the sofa while her boyfriend is walking around the living room in an agitated manner. Donna enthusiastically shows Armand some photos and even sits closer to him so that she can take a better look at her photos, but that also means her boobs getting closer to his face. I mean, how would you feel if your girlfriend is all over a guy and practically shoving her boobs onto his face in front of you? Donna's boyfriend starts arguing with her over something, and when he insults her, Armand tells him to shut up.

The two guys talk privately inside the bedroom, in which, one of the things that Donna's boyfriend says to Armand is, "Do we keep pretending that you're not trying to fuck my girlfriend?" Well, he already did, Richie. 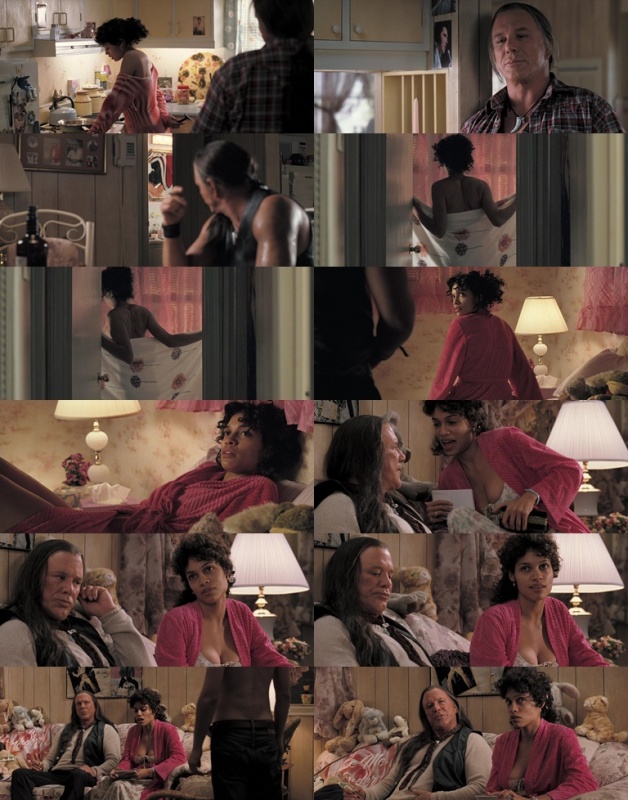