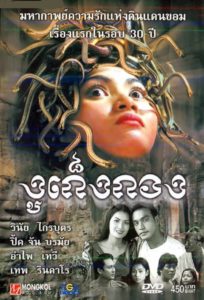 Based on a Cambodian folk tale. In a small Khmer village, Nhi comes across a Snake Immortal and is seduced by him. The snake impregnates her, but her husband is suspicious of her pregnancy because they hardly copulate. When he discovers the truth, he kills both Nhi and the Snake Immortal. One of her offspring escapes from Nhi's abdomen and is found by a sage who brings her up and calls her Soraya. She grows up to be a girl with snakes as hair and the sage gives her a ring which turns her into a beautiful woman with normal hair. But he warns her that she will turn into a snake when she loses her virginity.

One day while bathing in the jungle, Weha discovers her and they fall in love. He asks the sage for her hand and invites her to live with him. Eventually, she has sex with him and immediately her transformation begins.

The wife makes love to a snake, which shapeshifts into a man during their lovemaking and also when they are just talking, but it could be just in her mind. The snake is supposed to be an immortal mythical creature or something. He impregnates the wife and they produce a girl with snakes as hair. The bestiality sex is tame and there's no nudity.

The daughter grows up to be a fine, pretty lady, but unfortunately, like her mom, she doesn't show us her goods, either.

This movie is a cult classic in Thailand. This particular edition was made in very limited numbers and as far as I know never re-issued. It's very sought after by collectors.
I bought it over 10 years ago when it first came out. Never realized its value until I recently started getting requests for it.
Those snakes in her heads are real! No CG!
I am aware that the English subs are not quite in sync in some places, this is because it's taken from a NTSC DVD5 Hong Kong release of this DVD. This rip is from PAL DVD5 with better video quality and had no English subs. - seeingmole

There seems to be a sequel, Snaker 2 (2006) and based on its TMDB overview there might be cheating on it (or it might just be plain rape). I cannot find a copy of it anywhere. 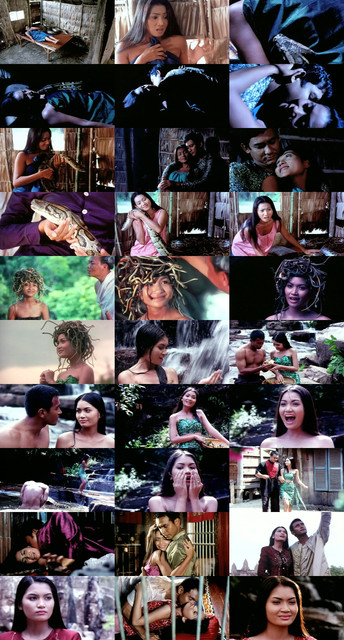