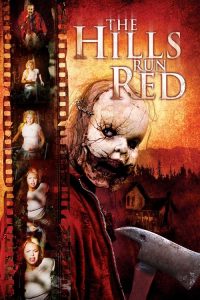 A group of young horror fans go searching for a film that mysteriously vanished years ago but instead find that the demented killer from the movie is real, and he's thrilled to meet fans who will die gruesomely for his art.

Tyler is obsessed with the horror movie "The Hills Run Red", considered by those that had seen it the scariest movie ever made, with the deranged serial-killer Babyface in the lead role. However, the director Wilson Wyler Concannon and the movie vanished many years ago and there is no available print. His research is affecting his relationship with his girlfriend Serina that is needy and feels neglected. When Tyler discovers that Concannon's daughter Alexa works in a nightclub, he decides to meet her and asks about the missing movie. The woman tells that the movie might be in her father's house in the middle of the woods, and Tyler decides to travel to the spot with Alexa, Serina and their friend Lalo. Along their journey, Tyler films and interviews some locals. During the night, they are attacked by the rednecks, but they are saved by Babyface that kills the assaulters and is controlled by Alexa that runs away from him. Tyler, Serina and Lalo get rid off the ropes, but Tyler decides to help Alexa, disclosing fate of the movie. 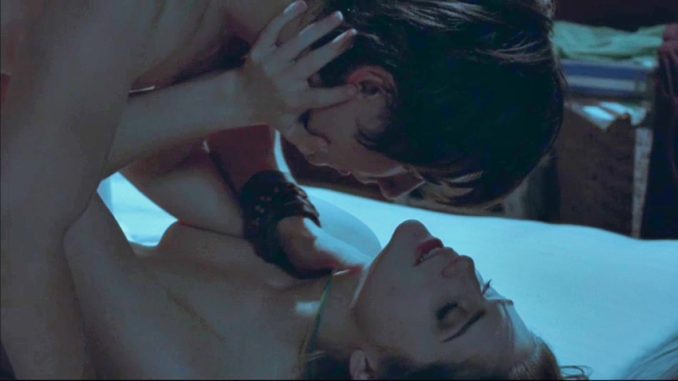 At around the 10-minute mark, while Tyler is getting a lapdance from Concannon's daughter Alexa (he's just supposed to interview her for her father's missing movie) in the nightclub she's working at, his friend/housemate Lalo is banging his girlfriend Serina at their place (the three of them live in the same place).

At 36:28, Tyler sees Serina cuddling comfortably with Lalo in the tent while they sleep while the group camps in the woods. He tells Alexa that he isn't surprised, that it was bound to happen, and he doesn't seem to be bothered too because all he's obsessed about is finding Concannon's missing movie.