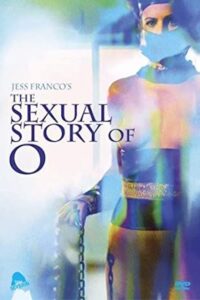 Odile (Alicia Príncipe), a young American female tourist in Spain who is looking for adventure, is seduced by her neighbors, Mario and his bi-sexual wife, Mara (Mari Carmen Nieto). She doesn't know that they are planning to sell her to a rich, bizarre couple who will sexually torture her. However, after the couple has delivered her to the bizarre couple, Mario falls in love with her and plans to save her. 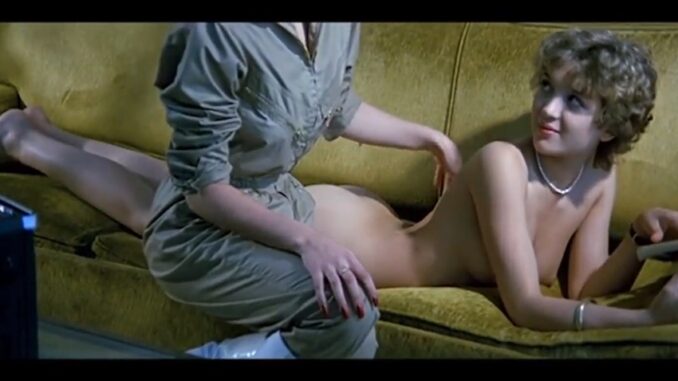 Later that day, Odile and Mara have sex again, though we are never quite sure in who's apartment. Then, the three take a boat ride across a lake to a country villa where resides the rich, odd couple Prince and Princess von Baky whom Mara and Mario are planning to sell Odile to. Princess von Baky negotiates Odile's price with the couple in front of her in Spanish, which she couldn't understand because she's American.

Odile is drugged via her drink and brought to a room at the villa. Mario leaves and goes to the beach for a walk because he can't bear what the rich couple will do to Odile. His wife remains and begins doing sexual stuff to the unconscious Odile in front of the rich couple. Prince von Baky joins in the action and after shooting his bolt, starts to cry for reasons known only to Franco.

Later, Odile regains consciousness and meets Mario on the beach. The two have sex in a field and in a subtle stroke of genius, Franco has us believe that the two have inexplicably fallen in love. Mara discovers and interrupts their lovemaking and brings Odile back to the villa where she proceeds to stick a syringe in her arm. Odile vehemently protests, but only verbally. When Odile awakens from her drug-induced slumber, her vision is obscured by gauze filters over the camera lens, but she can still distinguish Mara and Prince and Princess von Baky, all of whom are now donning various S&M costumes. Mara then chains Odile's wrists. Again, Odile protests, but only verbally.

Once Odile has been falsely secured, Prince von Baky produces a miniature spiked ball and chain which he uses to supposedly whip Odile, although every blow only manages to hit the mattress. Soon the S&M freaks produce blood-drenched whips and proceed to lash Odile's naked body, streaking it red with bloodstains. This turns them on so much that Princess von Baky kneels over the bed and begins stabbing Odile repeatedly, which affords Prince von Baky the opportunity to mount her from behind while Mara masturbates off to the side.

Meanwhile, Mario returns from his aimless wandering and sees the S&M addicts in the process of killing the woman he apparently loves. Conveniently, he just happens to have a shotgun in his hands and immediately opens fire, killing everyone.

In a gut-wrenching grand finale, we see Mario carrying Odile's dead body into the sea as Franco's camera pans up to the sun, suggesting that the sun is hot and the water is cold and we will all die eventually.