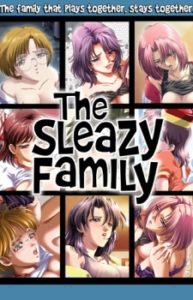 Everyone knows that the family that plays together, stays together. Especially when it's a sleazy family! Masaru walks in on his Aunt Miyuki and catches her in an intimate moment. At first he tries to run away, but Miyuki entices him to stay. When Masaru's stepmom (Miyuki's sister) sees what they're up to, she just has to join in!

Episodes 1 and 2 are sex between Masaru and his aunt, who seems to be single. While in episode 3, Masaru's stepmom joins in. There's a brief flashback scene in which we learn that Masaru looks like his stepmom's first love, meaning it's not impossible that she could be secretly attracted to him while being a wife to his father.