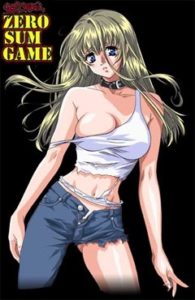 Yuuka's boyfriend, Yazaki is a high school pal of Keith, the lead singer of the band "Zero Sum". Since she is a big fan of Keith, she requests that they go watch their latest concert.

At the concert venue, Yazaki introduces Yuuka to Keith backstage. Keith invites the couple to the afterparty, where Keith and his band intentionally get Yazaki drunk. When Yazaki becomes inebriated, Keith's bandmates gang rape Yuuka while he accompanies the passed out Yazaki home, kissing him and letting us know through his thoughts that he is actually in love with him. Although it doesn't turn fully consensual, Yuuka gets pleasured from the rape and he doesn't tell Yazaki about it.

In the following days, Keith starts dating Yuuka to start a rumor which will eventually reach Yazaki and which he hopes will destroy their relationship. Yuuka is excited to date him (friendly dates only, no kissing or sex or anything like that). She is a big fan, after all. However, when Yazaki finds out and asks her about their dates, she tells Keith that they have to stop going out because she loves her boyfriend. Keith blackmails her, telling her that he'll tell Yazaki about her getting gang raped. So Yuuka ends up having sex with Keith. Although it's blackmail and she loves Yazaki, Yuuka looks very pleasured while making love to Keith. Well, she is his biggest fan, after all, so fucking him and sacrificing true love in the process should be worth the trade-off.