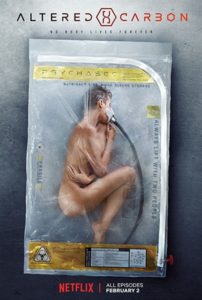 ALTERED CARBON is set in a future where consciousness is digitized and stored in cortical stacks implanted in the spine, allowing humans to survive physical death by having their memories and consciousness "re-sleeved" into new bodies. The story follows specially trained "Envoy" soldier Takeshi Kovacs, who is downloaded from an off-world prison and into a combat-ready sleeve at the behest of Laurens Bancroft, a highly influential aristocrat. Bancroft was killed, and the last automatic backup of his stack was made hours before his death, leaving him with no memory of who killed him and why. While police ruled it a suicide, Bancroft is convinced he was murdered and wants Kovacs to find out the truth. 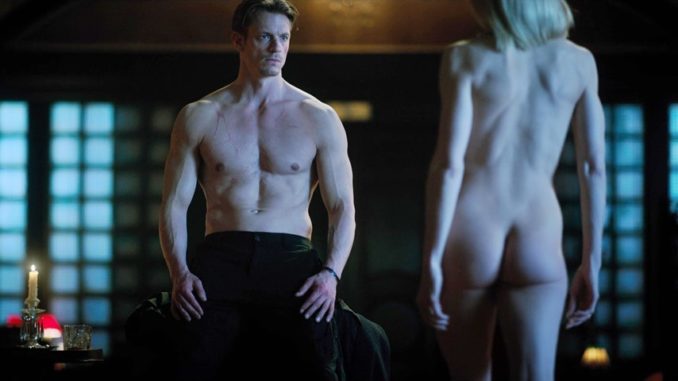 Miriam Bancroft (Kristin Lehman) is the wife of Laurens Bancroft, the rich man who took Takeshi Kovacs out of his digital imprisonment and hired him to investigate a murder case. It is Laurens' own murder case actually, but he still lives because the setting is a futuristic world where you can transfer your consciousness into another body.

In Season 1 Episode 2, Miriam visits Takeshi in his hotel and fucks him.

In Season 1 Episode 3, Takeshi finds Miriam getting pounded from behind by one of their family's bodyguards in one of the rooms in their mansion during a party. But it turns out that it is just a clone of Miriam's body being utilized by her 12th daughter at the moment. 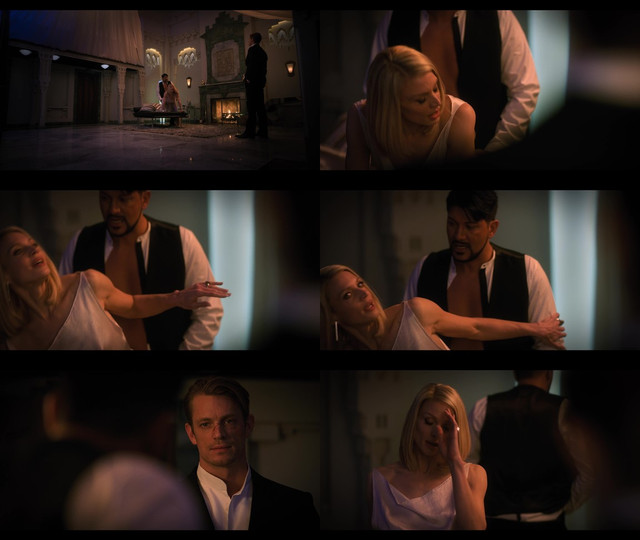