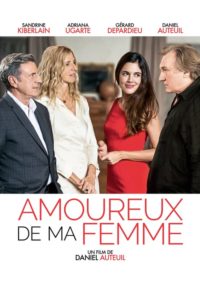 A man fantasizes about his best friend's new girlfriend. He is willing to throw caution to the wind to fulfill his wildest dreams.

When Daniel and Isabelle invite Patrick and his new flame, Emma, to dinner, it’s with some misgivings. After all, Patrick has just dumped his ex-wife — their best friend — to run off with a much younger woman. But when the ravishing Emma appears, all of Daniel’s qualms fly out of the window. He’s instantly smitten with the seductive woman...

The first hour of the film consists of Daniel fantasizing about his friend's young girlfriend, Emma. Among his fantasies are:

Daniel also ogles Emma while she is wearing a two-piece bikini.

We see Emma naked for real when she has to step into the shower because her dress got soiled.

In the latter part, Emma and his boyfriend have an argument. I'm not sure if they break up after this or they just cool off, but this sends Emma knocking at the door of Daniel early in the morning. They have a date that night and kiss in the street. They go on a vacation and they have implied sex in a hotel, but we only see the post-coital scene where she is beside him on the bed, naked. She stands up and goes to the balcony. He follows her, they talk and then they kiss.