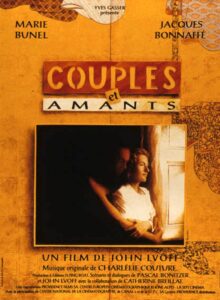 Seemingly, Paul (Jacques Bonaffee) and Isabelle (Marie Brunel) have a wonderful, harmonious marriage. Yet Isabelle is not averse to having a little side action with another man in the afternoon, and Paul is really getting into his romance with one of his ophthalmic patients, a young woman who pursues him more than he pursued her. Even those little affairs might not indicate that there is much wrong with the marriage, but when Paul finds out about Isabelle's little affair, he behaves like a thug rather than the sensitive, easygoing man he has appeared to be. By contrast, the constant bickering of a couple they both know seems to indicate real intimacy between them, despite the fact that they are on the verge of divorce.