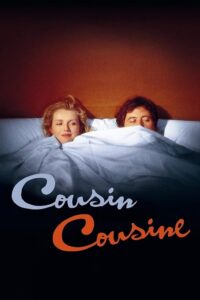 Two distant cousins meet at a wedding banquet for an elderly couple. Over time, a close friendship develops between them, but their spouses begin to think that they are more than just friends.

Husband and wife Ludovic and Karine, and Ludovic's sixteen-year-old daughter Nelsa lead a relatively carefree life. Motorcycle riding Ludovic, a dance instructor, changes jobs every three years to keep himself interested in whatever he's doing. Ludovic recently remarried, this time to landscape designer Karine, a younger, beautiful woman who regardless is insecure due to her immaturity. Since she doesn't know how to handle that insecurity, Ludovic has placed Karine in various forms of therapy to help her with her life. Nelsa can see the cruelties that life has to offer, and although she doesn't like them, tries to embrace them to expose them for what they are. Ludovic wants to give everybody in his life, including Karine and Nelsa, as much freedom as they need to be happy. Husband and wife Pascal and Marthe and their adolescent son Eric lead a typical middle-class life. Pharmaceutical salesman Pascal likes to think of himself as important to bolster his own sense of masculinity, which has led to him being a serial philanderer. Secretary Marthe knows about Pascal's unfaithfulness deep in her heart. The two couples meet when Ludovic's Uncle Jacques marries Marthe's feisty mother. At the wedding reception, Pascal and Karine head off to have a sexual dalliance. Both Ludovic and Marthe know what Pascal and Karine did, Pascal later admitting as much to Marthe. Although Ludovic and Marthe's friendship starts off solely about their respective cheating spouses, it becomes something more. After thinking about the situation over time, Ludovic and Marthe decide to take their relationship into the sexual realm. As time goes on, Ludovic and Marthe become more and more open about their affair, not only to Pascal and Karine, but to their entire combined extended family. Ludovic, Marthe, Pascal and Karine have to decide what to do about what is happening between Ludovic and Marthe, especially as they are now all family who see each other often at family functions. 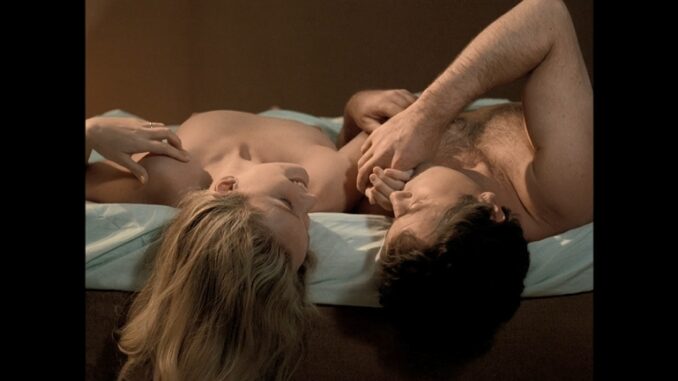 It seems that Pascual and Karine's tryst at the wedding reception is not shown but just implied (they come back to the reception with Karine fixing her hair). Ludovic and Marthe's trysts at the hotel are at 1:05:37 and at 1:16:41. She gets naked but light kissing only and there's no real sex action.