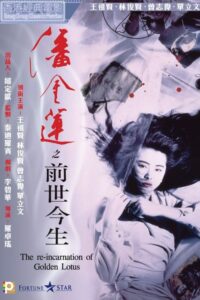 A woman is cursed with beauty in China and becomes prey for men. Raped by the prefect of her ballet school and sent to work camp, she escapes to decadent Hong Kong by marrying a wealthy banker. She finds herself drawn to sadomasochistic affairs and in flashbacks discovers she is the reincarnation of a famous courtesan of ancient China. 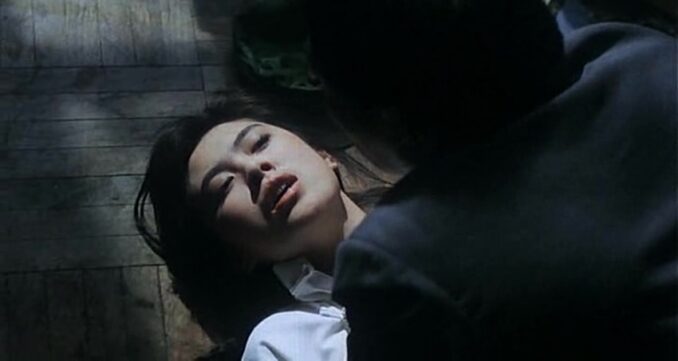 The wife is a late 1980s reincarnation of the cheating wife in the classic Chinese novel Jin Ping Mei (aka The Plum in the Golden Vase or The Golden Lotus). She marries a wealthy Hong Kong baker to escape her persecuted life in Mainland China. One day, her husband surprises her with a car and a personal driver to go along with it, which she finds is her crush back in the mainland. The driver is her husband's friend and he treats him like a brother.

The wife's old self in ancient times was a slut who fucked a powerful merchant and tried to seduce her brother-in-law (in at least one movie version, she fucked him while he's passed out drunk). Her reincarnated self isn't a slut, normally, but becomes one whenever her old self takes over. During these times, she tries seducing her driver. He fends her off on her first try at a restaurant but gives in on her second try in the car. She mounts him while he's driving the car and starts making out with him. He kisses her back but gets back to his senses when the wife's back presses against the car horn.  The driver runs away from the car while the wife, still taken over by her old self, crashes into a party and meets a fashion director. She has a one-night stand with him.

Later, the husband brings the fashion/photography director to their home and introduces him to his wife. She is shocked that they know each other. I like the part where the director and the wife shake hands in front of her husband. He holds on to her hand longer than he should while she forcefully pulls her hand away from his grasp. I like it because what's normally rude behavior from both of them if they are actually meeting for the first time is actually a display of a fact that her husband is completely oblivious about: that they are already familiar with each other because they already fucked. 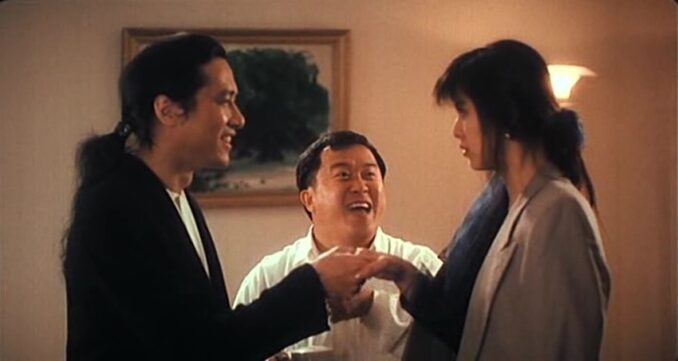 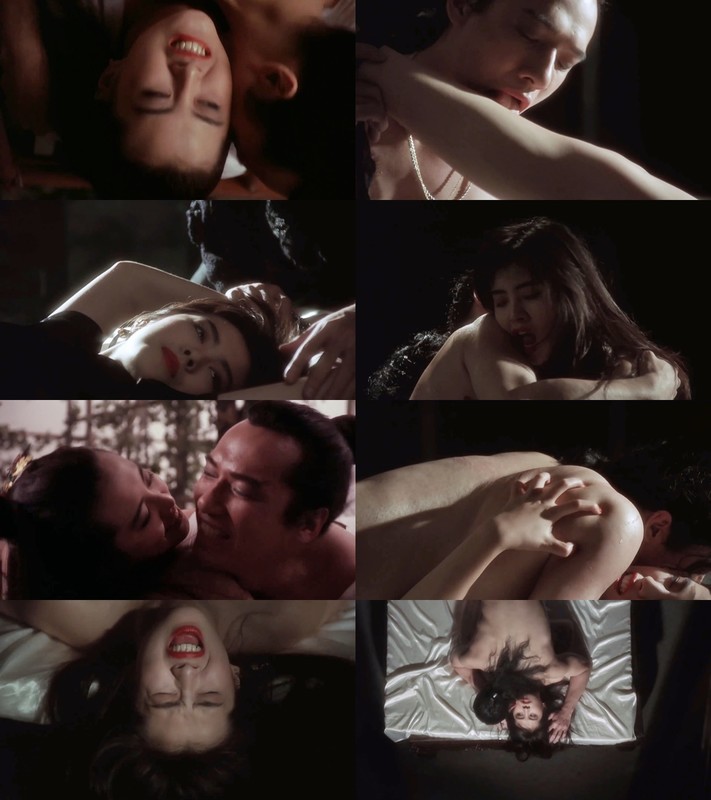