Legal secretary Maria (Isabella Rossellini) is married to car salesman Tom. Dance teacher Larry is married to the striking Tish (Sean Young). Larry's uncle is marrying Maria's mother. Tom and Tish meet at the wedding and waste no time taking more than a test drive in his BMW. So when Maria and Larry become acquainted later in the day they already have a common interest. But more than that, they find they like each other. A lot. 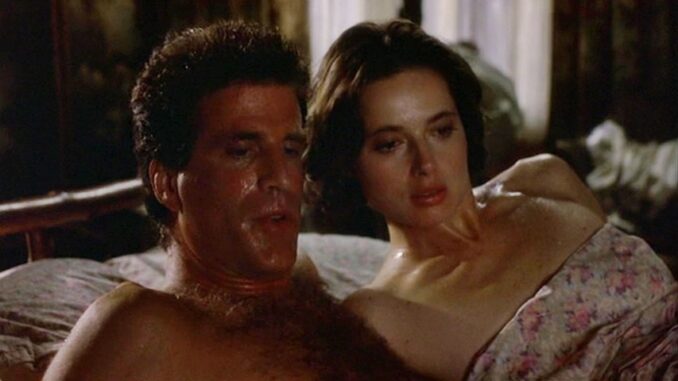