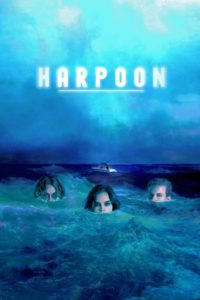 Rivalries, dark secrets, and sexual tension emerge when three best friends find themselves stranded on a yacht in the middle of the ocean under suspicious circumstances.

Richard beats up his best friend Jonah because he claims that Jonah fucked his girlfriend, Sasha. He based it on the text messages between Jonah and Sasha which says:

"Oh it was such a mistake last night... haha totally worth it though... as long as he doesn't find out."

Richard believes them, but when they are in the boat later, he finds out that they did really cheat on him when each of them tells him a different tale. A little later again after that, Sasha confesses and tells Richard that she had sex with Jonah on New Year's Eve, and that it happened only once between them.

No sex scenes, but I'll add this one to the database because it is quite entertaining.