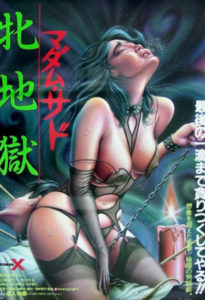 A man is kidnapped by his ex-girlfriend on his wedding day and sexually tortured. When his wife finally runs into him after 3 months - the man finds that even though he still loves his wife - he can no longer perform sexually for her as he's been "broken" and turned into his ex-girlfriend's sex-slave. Meanwhile - his fiancée has started an affair with his brother which complicates things further. The man's ex-girlfriend decides to invite the fiancée, her new boyfriend, and that guy's ex-girlfriend over for a "chat" - of course this turns into an orgy of sexual sadism as you would expect from this sort of thing...