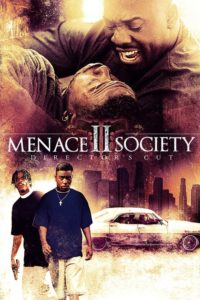 This is the truth. This is what's real.

This urban nightmare chronicles several days in the life of Caine Lawson, following his high-school graduation, as he attempts to escape his violent existence in the projects of Watts, CA.

Pernell is an older gangster that Caine looks up to. He was like a father to him while growing up. When Pernell gets jailed, Caine checks on Pernell's girlfriend, Ronnie (Jada Pinkett Smith), and the couple's son from time to time, hanging out with them, helping them with finance, etc. In time, Ronnie and Caine fall for each other. During a house party one night, she initiates kissing him inside a bedroom. He tries to get out, thinking that he shouldn't mess with his mentor's girl. But she blocks his way and kisses him again. She pushes him down on the bed and makes love to him. We don't see much of their lovemaking, though, which is unfortunate, because Jada Pinkett Smith is at her prime here. 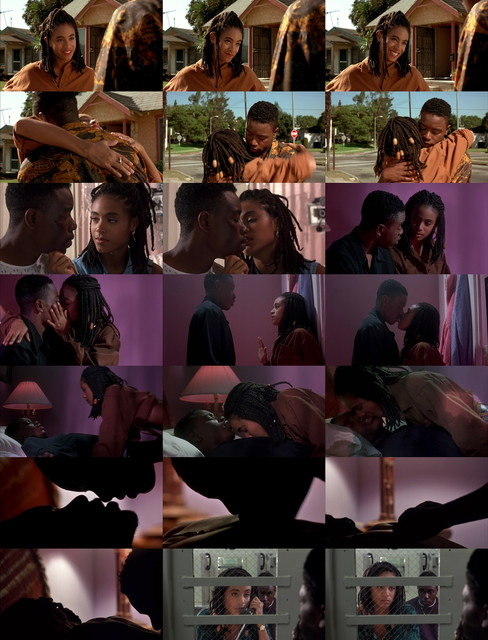