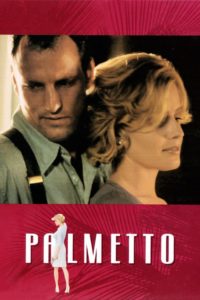 After being released from prison on a bum charge, Harry Barber is out for some payback to regain the two years he has lost. He is hired by Mrs. Malroux to fake the kidnapping of her stepdaughter (the daughter of a dying millionaire). He discovers that he is being set up on multiple levels and will soon face a longer prison sentence if he does not prove the truth to the police. 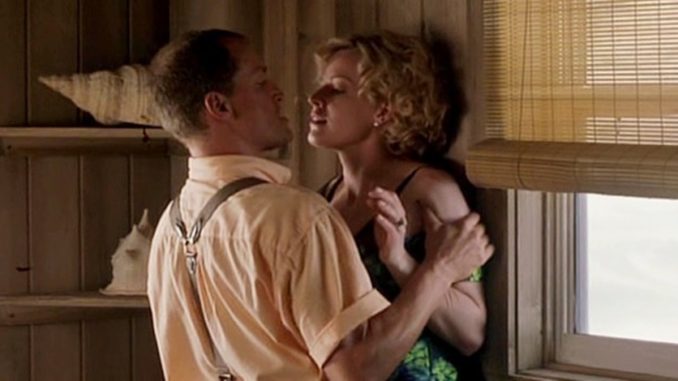 Mrs. Rhea Malroux wants to hire Harry to help in faking the kidnapping of her stepdaughter (the daughter of a dying millionaire). They meet at a bungalow by the water to talk about it. Rhea is very flirtatious and seductive while they talk. Finally, Harry asks Rhea if she's wearing a wire. He frisks her body, like really frisk it sensually: running his hand all over it including the sensitive parts, squeeze her boobs and her butt, etc. When he's done, she asks him if he found what he was looking for. He kisses her. She kisses him a bit but leaves him hanging by pulling away from him. She walks and leans against a wall, spreads her legs wide, and tells him that he better check again because she doesn't want him to miss anything. He comes towards her and frisks her again from behind while simultaneously kissing the back of her neck. They proceed to have sex.

Mrs. Malroux tells Harry that her stepdaughter is also in on the plan. So he meets the stepdaughter on a different day at the same bungalow to make sure that she really is in on it. Just like her stepmom, she is very seductive and flirtatious with Harry, too. He doesn't fuck her though because she's underaged.

Sometime after the kidnapping is set in operation, Harry meets Mrs. Malroux at the bungalow again to talk about it. They have a heated discussion because of some mistakes in their plan but eventually, things calm down and they have sex again.

(Spoiler) When Mrs. Malroux comes out of the bungalow, the bodyguard of her husband is waiting for her in his car. He asks her what took her so long. She tells him that Harry needed a little encouragement, then she kisses and mounts him. This tells us that she is also having an affair with her husband's bodyguard.

Plot twists in the movie may change the cheating angle.

Both the mom and stepdaughter's seductions of Harry are quite hot.

This is a great film noir with nice plot twists along the way.