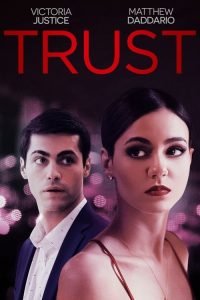 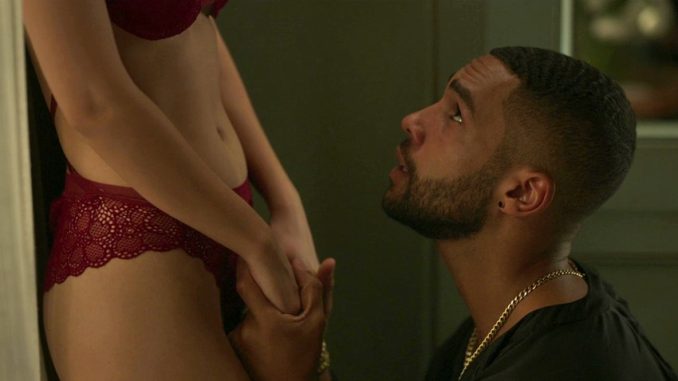 This movie is better watched without reading anything below so that you can appreciate the flirting, seduction and jealousy scenes throughout and the plot twists that come along the way.

Basically, the wife (Victoria Justice), a new gallery owner, goes to Paris with her lone artist, a black dude who claims he fucked most or all of the women he painted. While they're having business dinner with a buyer of his paintings, the artist caresses the exposed thigh of the wife under the table. She removes his hand from her leg, but she isn't mad, after all, he is her lone cash cow for now.

After dinner, the artist invites the wife to have one more drink before they go back to their separate rooms. The scene cuts off and we are left to wonder if the wife will have a tryst with him. A few scenes later, the artist produces a naked painting of a woman who resembles the wife. Since he fucks the women he paints, does that mean that he was able to fuck the wife?

Meanwhile, the husband goes to a bar with a friend that night and gets hit on by a hot, young lady (Katherine McNamara). Unknown to him, she is a 'decoy' hired by his wife. A decoy is someone you hire to seduce someone and see if he will give in to the temptation. Long story short, the husband gets seduced by the decoy successfully and they fuck at the married couple's lavish apartment. Their fucking is shown several times throughout the movie, including at the very beginning, but they are mostly blurry and dark scenes. The least blurry and dark scene would be at 1:03:41.

Earlier, the decoy assures the wife that she will stop at the seduction stage and will not fuck her husband if he indeed takes the bait. Plus, she tells her that she has a boyfriend whom she loves. So that means she cheated on her boyfriend when she fucked the husband. However, she justifies it when she tells the wife that she and her boyfriend agree to give each other a hall pass, which is a list of celebrities that they are allowed to fuck if the opportunity presents itself. The husband, who is a TV reporter, is on her list.

Near the end of the movie, we are then shown the continuation of what happened between the wife and the artist in Paris. The artist was able to bring the wife inside his hotel room, kiss her neck and shoulders from behind and take her sexy red dress off, revealing her sexy red bra and panties. He went for the kiss but when their lips were nearly touching each other, he moved back, which leaves us and the husband hanging whether they fucked or not because the wife won't tell her husband what happened next. 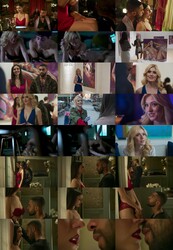