Matthew, a young advertising executive in Chicago, puts his life and a business trip to China on hold when he thinks he sees Lisa, the love of his life who walked out on him without a word two years earlier, walking out of a restaurant one day. With a little help from his friend Luke, Matthew obsessively and relentlessly tracks Lisa down and while doing so, runs into another young woman calling herself Lisa whom, unknown to Matthew, is an actress named Alex and may hold the key to Lisa's disappearance, and discovery. 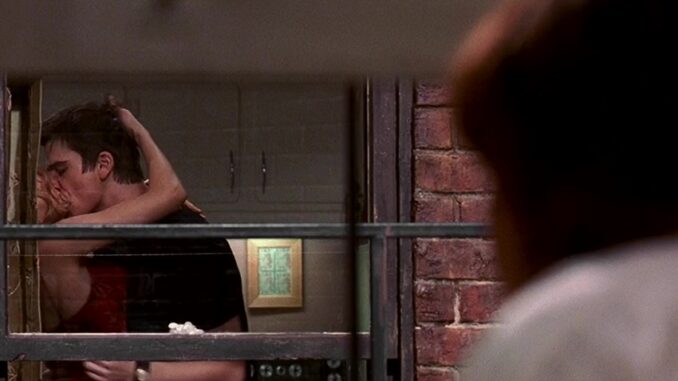 (Spoilers) A chick pretending to be someone else has sex with her new boyfriend’s friend (48:00). In fact, the friend scores with her first before her new boyfriend does. She takes her clothes off in her sex scene with the friend but the shot is from her upper chest and up only, so we don't get to see her breasts.

This is a remake of the French film The Apartment (1996). Overall, with respect to the original, I like this remake better. The scenes are just done better. For example, the confrontation between the chick, her boyfriend, and the boyfriend's friend at the restaurant near the end part of the film is just done with more tension and suspense. Also, this has a happy ending, something that French filmmakers won't give to you, and don't, in the original.