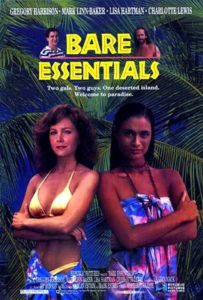 An uptight Wall Street yuppie, Gordon Perkins, and his unhappy lawyer fiancee, Sydney Wayne, find themselves marooned on a tropical island in the middle of their exotic vacation. They seemed destined for disaster until they run into Bill Buzell, a former New York stockbroker, now living in paradise, who rescues Sydney from her vacation gone wrong, not to mention her fiancé - just as Gordon meets the luscious Tarita, a lonely native who shows him around her beguiling home. Hijinks ensue as the straight-laced couple find out how much fun - and how funny - a friendship of four people can be. Tarita inspires the uptight Gordon to loosen up while Bill reconsiders a more profitable career to support his new girlfriend in this hilarious case of mate-swapping mayhem.