In Lisbon, Marcelo writes a novel, using the life of his own wife, Beatriz, as the main inspiration to the story. The creative process of the book takes a dangerous path, ultimately compromising the love they feel for each other.

The couple Marcelo (Sérgio Guizé), a writer, and Beatriz (Marjorie Estiano), a lawyer, moves to Lisbon. Beatriz soon finds a job in a Portuguese company, but her husband is not so lucky to start writing his new novel. When he finally decides on jealousy as the theme of the story, he is inspired by his own wife. For the book to be successful plotwise, Beatriz decides to help: her objective is to build a female character that feeds the writer's creativity, but she goes too far, living intense and compromising situations in a double life without control. 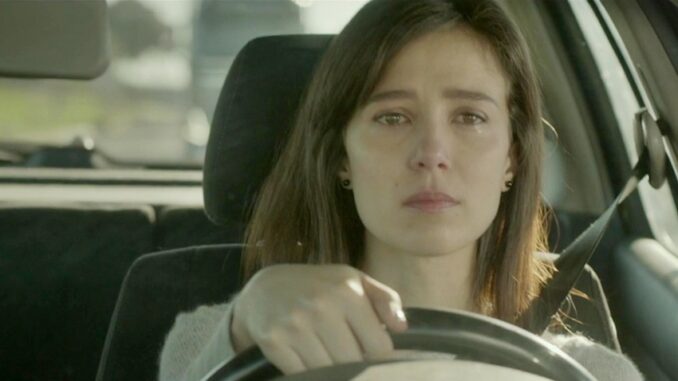 A husband starts to write a book with jealousy as the theme of the story, using his own wife as his inspiration. For the book to be successful, his wife decides to help: her objective is to build a female character that feeds the writer's creativity, but she goes too far and begins having sex with strangers for real.

At 41:45, the wife goes to a titty bar and lets a female stripper touch her leg sensually.

The wife has bedroom sex with an old stranger at 1:13:27. She is on top of him and humping away.

At, 1:15:08, the wife picks up some random guy on the street, goes to the theater with him, and lets him touch her boobs, her legs, etc. A second guy sits beside her and joins the first guy in touching her. Original / Other Title:  Beatriz, Beatriz: Between Pain and Nothingness