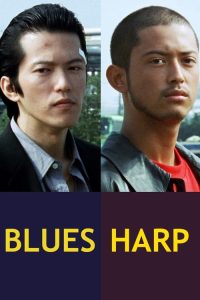 Ambitious yakuza Kenji befriends harmonica-playing bartender Chuji, who moonlights as a part-time drug-dealer for the opposing gang. Their friendship is threatened by Kenji's plans for advancement, as well as by his bodyguards growing jealousy of Chuji. 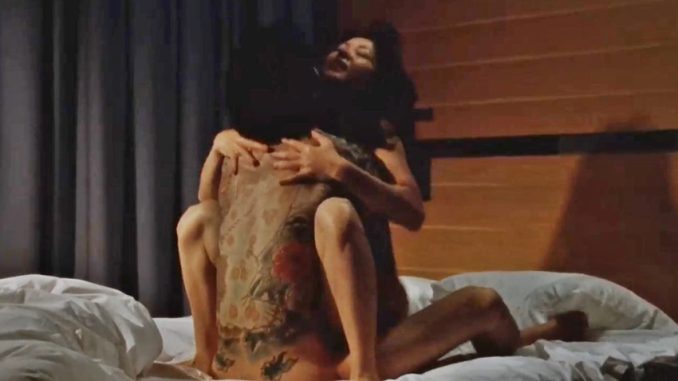 At 23:58, we get a brief hint that there's something going on between Kenji and his yakuza boss' wife when she looks back at him meaningfully as she leaves her husband's office and steps into the elevator.

At 32:45, Kenji fucks the wife. After sex, they talk about replacing her husband's will fraudulently, making Kenji the successor.

At 1:19:06, the boss' wife replaces the will inside the vault. She then comes back to their bedroom, where her husband forces himself on her and eats her pussy. Without warning, the scene transitions to Kenji fucking her, but you can see that from being unwilling when it's her husband who is fucking her, she becomes willing when it's Kenji's turn. 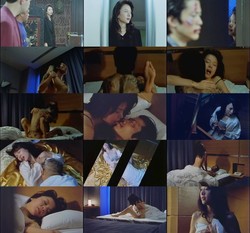