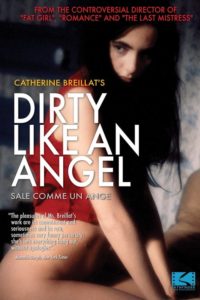 A middle-aged tough cop, Georges Deblache, is trying to help and protect a criminal, Manoni, that he has known since they were both young. He orders his younger colleague and friend, Didier Theron, to stay with the Manoni's wife and son for surveillance. Meanwhile, he starts a sexual affair with Didier's wife, Barbara. 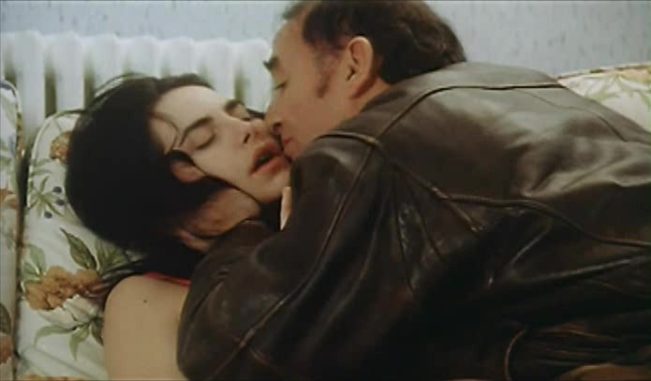 George is the older partner of Didier. One night, George fucks Didier's mistress after the three of them have a drink in the bar. Didier leaves first because he has to come home early to his wife, so George consoles Didier's mistress, brings her home and fucks her.

George orders Didier to do a guard duty for the wife and son of a friend in trouble for several days. That means Didier has to leave his wife, Barbara, home alone for several nights.

One day, George fetches Barbara and takes her to where Didier is doing his guard duty for a conjugal visit. The couple's sex is not shown, but it seems to have not gone well based on the expressions on their faces after. It's probably because of Barbara, because she's the type to hold off and be stingy about sex.

George drives Barbara home. Before dropping her, he tells her that he can tell that Didier is not her type. He tries to kiss her, Barbara kisses him lightly, but tells him it's ridiculous, and they stop. Before alighting from the car, she tells him to kiss her as a friend. They do that, but also in the mouth. Since they're Europeans, then kissing in the mouth might be still considered a friendly kiss.

Later in the night, George can't control his urge and he comes back to Barbara's home. He invites her for a walk and tries to kiss her. She fends off his advance, but a few more talking and George is able to convince her to change and go walk with him.

After Barbara has changed, instead of taking her for a walk, George tries to kiss her again. She resists, lightly, but lets George kiss her on different parts of her face and neck. She's saying a lot of things, like they can't do it to her husband, etc etc.

George leads her to the couch and kisses her more. She's still saying a lot of blah blahs, so George woos her with words, telling her "I love you", "I can't stop thinking of you" etc.. etc.. anything to lower her guard so that he can fuck her. It pays off and George is able to finger her on the couch. Only her face is shown in this part, though. She moans because of George's fingering and then cries after because of guilt. At the end of their dialogue in this part, George tells Barbara he loves her, and she nods when he asks her if she loves him too.

George carries Barbara upstairs to the bedroom and lays her on the bed. After undressing, he takes her panties off, pushes her dress up and lays on top of her. They start to kiss, then the scene cuts off to the part where they are already finished having sex and are now laying naked beside each other. Because Barbara feels remorseful, she tells George to go home and not sleep beside her through the night.

The next day, Barbara comes to George's place and they have sex. She stays for the night. In the morning, George tells her to leave her husband and marry him.

At the end of the movie, Didier dies in a police operation. In his funeral, Barbara leaves as soon as she throws some dirt into his casket. George goes after him. He catches up to her and calls her attention. She turns around and smiles at him, the kind of smile that makes it seem like the death of her husband doesn't matter to her, and in fact, a welcome event since now, she can be with him. George slaps her, then calls her a slut. The smile disappears from her face. She holds her cheek with her palm. Then, she looks up at George and smiles at him again, more mischiveously this time, characteristic of her being dirty like an angel.

I find the couch scene between Barbara and George very hot, where Barbara is really resisting George for a long amount of time and yet she can't really stop him because she is attracted to him. I like how he lets George kiss her in different parts of her neck and face, maybe returning some kisses a bit, but overall still doubting if she should cheat on her husband with his much, much older partner.

I also like how much of a weasel the old George is. It's like he has to prove that he is still better than the much younger Didier, and what better way to prove that than to fuck his wife? Recommended. 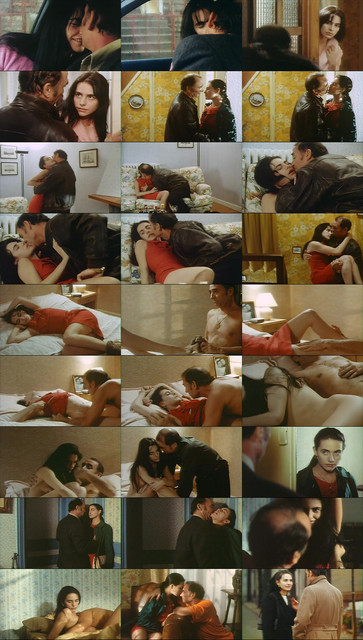