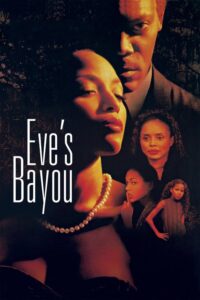 The secrets that hold us together can also tear us apart.

The story is set in 1962 Louisiana. The Batiste family is headed by charming doctor Louis. Though he is married to beautiful Roz, he has a weakness for attractive female patients. One night Louis trysts with married and sexy Matty Mereaux, not knowing that he is observed by his youngest daughter Eve, who is there by accident. Eve can not forget the traumatic incident and shares a secret with older sister Cisely. Lies start to roll...

Cheating scene is at the first 17 minutes of the film, involving the married Matty Mereaux. First, she dances lewdly with doctor Louis at the party. Everyone is cool with it, including her husband albeit he looks a bit uncomfortable. Then, she fucks him at the carriage house later, which doctor Louis' youngest daughter witnesses and recalls (accompanied with a brief flashback pumping scene of the two cheaters) at the 16-minute mark.