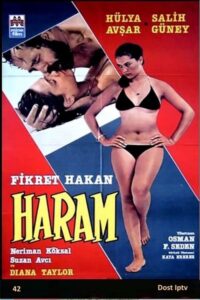 It is the story of a young beautiful textile factory worker who chooses to stay between two men, a truck driver and his rich boss, as a result of unexpected events. She marries the boss but eventually chooses to escape with her truck driver lover.

First, the chick becomes the girlfriend of the truck driver. Then, his boss sends him somewhere, so the chick feels hurt and abandoned and marries the boss. Later, the truck driver comes back, and the chick, now the boss' wife, eventually cheats with him at 54:51.