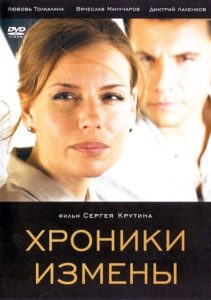 In the center of the plot is a classic love triangle: the spouses Andrey and Anna and Anna's young lover Yegor. As a result of the dramatic twists and turns that happen to the heroes, one of them dies ...

Anna is happily married to Andrei, but Yegor accidentally appears in her life ... He begins to court, but she is embarrassed by their age difference - Yegor is ten years younger than Anna. The young admirer leaves no hope of winning his beloved, pursues her, bombards her with letters and terrorizes her with phone calls. One day, Anna returns home and discovers that the apartment has burned down, and Andrey is missing... 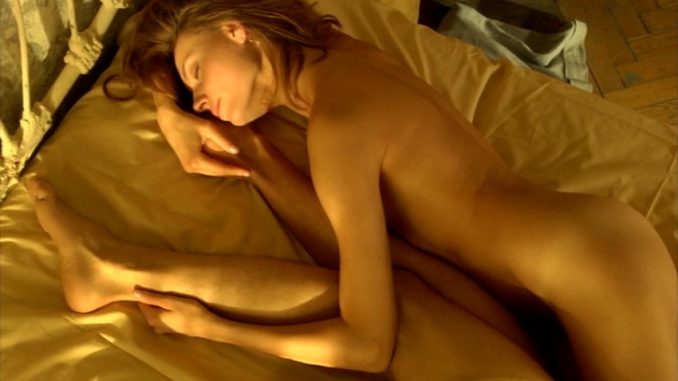 The wife and her new lover make out and have implied sex in the backstage of a theater -specifically, in the catwalk above where the theater lights are hanging- while a play is going on (46:16). The scene transitions to the guy's bedroom at his place, where she is strategically nude and they have already finished fucking but have a passionate final kiss before she gets off the bed.

The wife is fetched by the young guy at her place. She comes with him in his car, wearing nothing but her robe because she thinks that he isn't going to take her far. He takes her to a secluded spot in the woods, where he left her in the middle of nowhere. She goes to his place and slaps him for leaving her in the woods. After some drama, they do some kissing and petting in the bathtub and on the bed. The wife's breast pops out very quickly in the bedroom scene while she's trying to put her robe back on.

When the wife comes home later, her husband wonders why she's only wearing a robe and they have a heated discussion in front of their building. 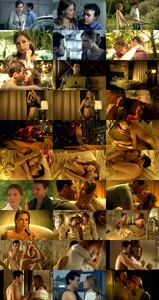