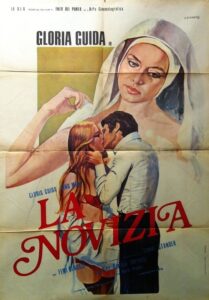 A young man comes back to his provincial home town to visit his dying uncle who is being attended to by a night nurse and novice nun. Before long, the young man develops a deep longing for the young, beautiful nun. 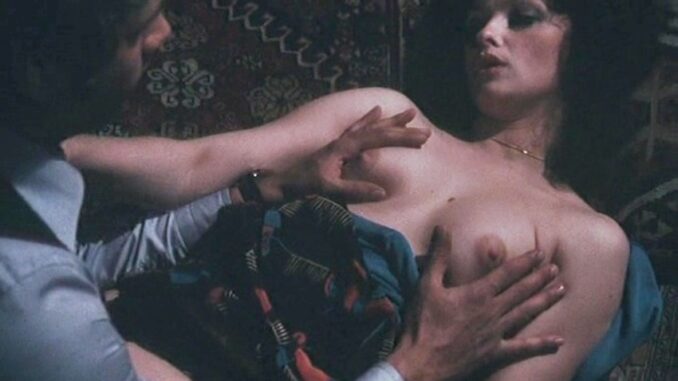 A young man comes back to his provincial hometown to visit his dying uncle (blacklisted American actor Lionel Stander). His uncle is being attended to by a night nurse and novice nun (Gloria Guida in a nun's habit). She becomes attracted to the young man, and I don't know why since he mostly just hangs around with his two jackass buddies, brings home stripper/prostitutes who nearly kill his uncle/her patient, and carries on an affair with a hot-to-trot married woman (Femi Benussi), sometimes while her husband is right in the same room (then when he's done with her, he passes her on his friends). The male lead is simply not very sympathetic, and it beggars belief that all these beautiful women would suffer this fool (who really has nothing going for him) gladly.

Of course, the piece de resistance is the scene where Gloria Guida finally strips out of her nun's habit, followed by a scene at the end where she runs naked through a country meadow. I can't understate the appeal of the beautiful nude body of the former Miss Teen Italy...

The wife's cheating scenes are at:

1:01:17 In the same room with her husband during a party, while everyone's watching fireworks at the window.