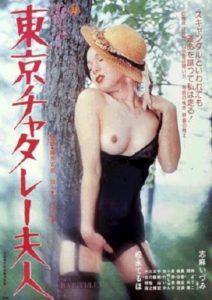 Mio is a young woman whose husband is a millionaire's son. When he becomes impotent following an automobile accident, she begins an affair with their gardener and chauffeur, Nitta. After her husband discovers Mio's infidelity, he forces her to leave.

A Japanese version of the D.H. Lawrence novel. After causing a car accident in which her husband was crippled, a young woman spends her days torn between guilt for what she's done, and frustration over now having to constantly care for her husband. Overcome with unfulfilled desires, she turns her attentions to the household's new handyman.