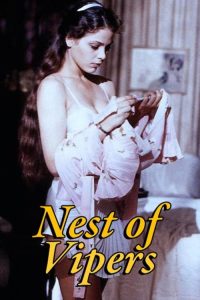 The story of an obsessed love...and the three destinies shaped by it.

During the Fascist era, Matthias, a music student in Venice Italy finds himself entangled with two decadent bourgeois families. He first falls for Carla (Senta Berger), the young mother of one of his classmates with whom the latter has a rather strange relationship--the son calls the mother by her first name and often acts more like a jealous lover. The "Richter" family (the mother and son) are formerly wealthy bourgeois, but through them, the protagonist meets another family they are trying to marry into, a currently wealthy bourgeois family with a (presumably) gay, dour son and a very beautiful daughter, "Elena" (Ornella Muti). The conflict arises when the hero falls for the innocent, virginal "Elena" (who turns out to be not so innocent and virginal) and abandons the older woman. Jealousy, blackmail, and eventually murder ensue. 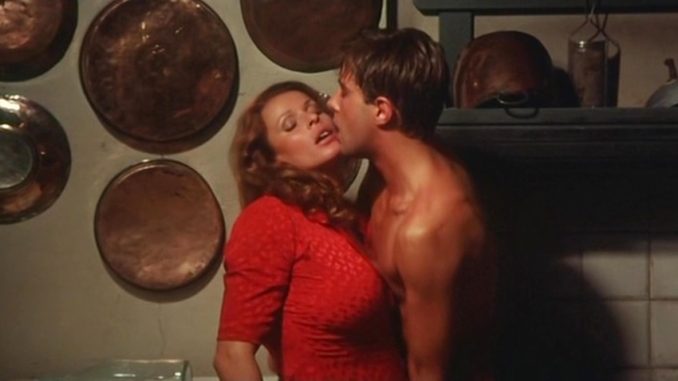 Carla (single mom) is dumped by Matthias because he is now in a relationship with Elena and would like to marry her (which happens at the end of the film). Carla then seduces Elena when the latter comes to her room (1:23:32), and a little lesbo action happens between them. So Elena is cheating on Matthias in this scene.