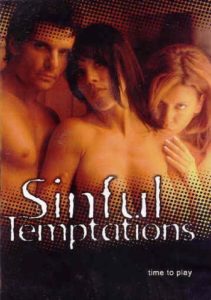 In this steamy erotic thriller, Nicole is a woman whose significant other Brad wants her to stay home and take care of the house. But Nicole soon grows bored with this routine, and begins taking assignments as a nude model for men's magazines. Nicole is soon lured into a number of sexual liaisons with models and photographers she's been working with, and her relationship with Brad is strained to the breaking point. But things become even more difficult when a photographer Nicole had worked with turns up murdered, and Nicole has reason to believe she may be next in line. Sinful Temptations stars Mia, Marie West, Tom Fry, and Richard Moses.