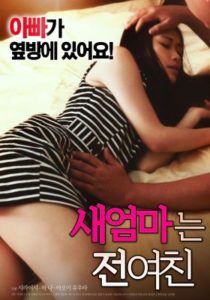 One day after coming home from school, Najima hears his father Teruo talking to a woman. Don't go to the living room saying you've got a new girl again. Teruo introduces his new woman to his son. As they greet each other in front of his father's eyes, they are surprised to see each other. My father's new woman is an ex-girlfriend that I dated two years ago in college. Later, she tells Najima that the reason why she hooked up with his father is that her father died and her mother has to work in a bar because they fell on hard times.

Najima also brings his current girlfriend and introduces her to his dad. Teruo, who really seems to have the same taste with Najima, gets her number. And when he witnesses his son and his new woman having sex in the living room, he calls Najima's girlfriend and has sex with him, too. Like father, like son, I say.

Original / Other Title:  새엄마는 전여친, My New Mother is a Former Uncle