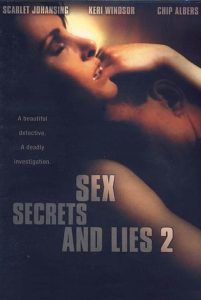 When sexy female private eye Sam Sharp (Monique Parent) is hired to find the missing sexy young wife of a magazine publisher, it seems like a routine case. But she's soon out of her league -- and when a corpse turns up at the bottom of a pool, Sam uses herself as bait in a seductive attempt to expose the killer.

A film noir done softcore style... or is it a softcore film done film noir style?