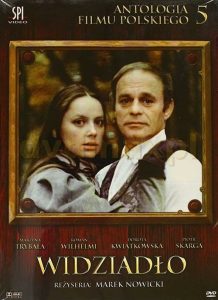 Set in the early years of the century. A story of a country gentleman haunted by the memory of his first wife. His current wife, had enough of his obsession and has taken a lover, who is mysteriously paralyzed. Meanwhile, main character's son gets his first taste of sensual experience with a mute peasant girl.

Husband loves his hot af wife, but she refuses to fuck him despite his gropings and humpings because of his weird obsession with his ex-wife. Naturally, she falls into the arms of a womanizer. The sad part is, there is only a brief sex scene between the wife and her lover (who is probably her distant cousin), and we only get to see her bare back for a few seconds. There's nudity with other women in the film, but unfortunately not with the wife. (source)

Original / Other Title:  The Phantom