A door-to-door salesman follows a housewife home. The next day he knocks on her door and tries to sell her something. But his ultimate motive is to force his utmost desires towards her.

Other Titles: You, And Forgive …. Honda Riko Scars Of Rape

While the housewife is walking with her husband on the street, the salesman notices her and likes what he sees. He follows them home so that he will know where she lives.

The next day, he knocks on the housewife’s door after her husband leaves for work. He is able to convince her to let him in and listen to his sales pitch.

The next day, the salesman comes back but this time he rapes her. During this time, the housewife is really being raped and she really is crying.

The salesman comes back several times to rape her. Interestingly, her doors are always unlocked for him. Gradually, the wife starts to like being raped by her and in their final sex scene has become very cooperative.

In the last scene, she is the bed with her husband, thinking whether she should tell him about the rape. But how can she, when she actually likes it? So she just gives her husband a hug, and decides it’s better if he doesn’t know that he got cuckolded big time. 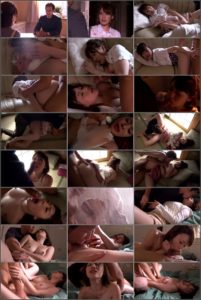 Caution: Aside from additional information for Forgive me, Dear… Honda Riko Scars of Rape (2014), the links below may contain download links. I am not responsible how you will use them.