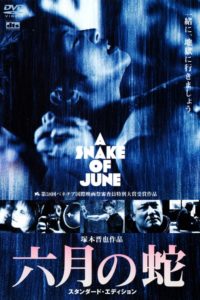 Rinku is a suicide-prevention counselor, living with her husband Shigehiko. He's older than she, scrubbing things constantly, sexually indifferent. They sleep apart. During Tokyo's rainy season, Iguchi, a photographer Rinku has counseled by phone, sends her pictures he has taken through her skylight: she's wearing a short skirt, masturbating. He offers her the negatives if she'll follow his instructions. She's humiliated and agrees. He tells her he's only giving her license to express her inner desires. He sends her into the night to walk on the wild side. Then, she asks a favor of him, and soon her husband receives phone calls and photographs. Where will this triangle lead? 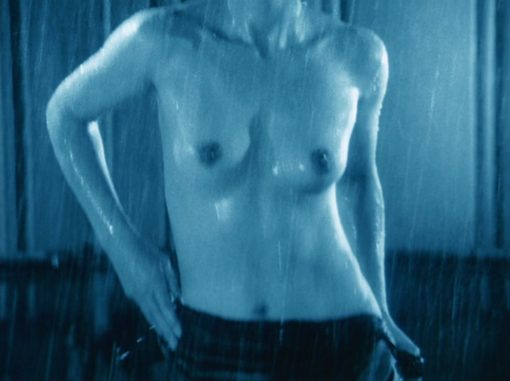 This is the wife's perspective and all this time, we see her being timid and crying and being hateful towards the blackmailer. This is in contrast to her husband's perspective below.

I'm not sure whose version of the story is real: the wife's or the husband's. The movie turning surreal in the latter part doesn't help either. Maybe one of their versions is just a fantasy, or maybe both of them are. There's also a scene in the latter part where the blackmailer is telling the husband that his wife asked him to take the photos especially for him (her husband), which means that it is not a case of blackmail. This adds to the confusion.