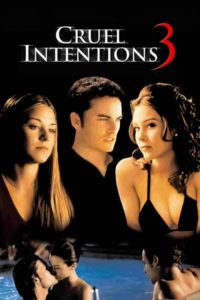 Cassidy Merteuil, the distant cousin of Kathryn Merteuil, arrives in Santa Barbara, California to attend college. There she meets Jason Argyle, a former friend from her high school also attending the school. Jason gets a roommate, Patrick Bales. Jason and Patrick form a mean-spirited partnership of seducing and dumping various young women on campus. When both of their latest conquests bore them, Jason bets Patrick if they can seduce a particular newcomer, who is under the wing of Cassidy. But nothing is what it seems as a triangle of Cassidy, Jason, and Patrick forms with each one scheming to outwit the other. 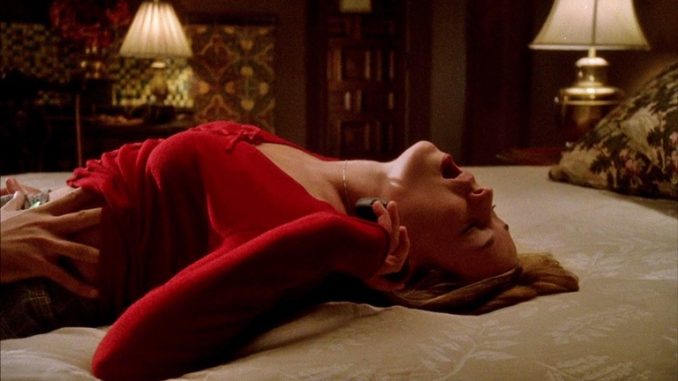 With the prodding of Cassidy, Jason and Patrick decide to compete with each other as to who can first bang a target chick from their group of friends. Patrick's chosen target is Alison, who has a fiance back home and Jason's chosen target is Sheila, whose boyfriend is also a part of their group.

Alison cheats, but not with Patrick

Patrick has poor game so she gets rejected by Alison. He is off to a good start when Alison goes out with him to dinner but then he professes his feelings for her in her dorm room, telling her that he loves her, etc, like some average frustrated chump. So Alison immediately puts him in the friend zone and accuses him that he's taking advantage.

Meanwhile, Patrick secretly takes pictures of them having sex and uses them to blackmail Alison to have sex with him later.

Sheila's cheating scene is much hotter than Alison's in my opinion.

Immediately right after his wager with Patrick is set, Jason approaches Sheila at the pool table beside the swimming pool while her boyfriend is lying on a chair nearby. He lets her know that he is interested in her through body language, eye contact, and vocal tone. While she is dining with her boyfriend that night, she keeps looking at the table of Jason, indicating that she is aware and might also be interested in the attention that he's giving her.

Jason successfully manipulates for him and Sheila to go together on a class trip while her boyfriend stays behind. While on the class trip during the daytime, he isolates Sheila from the rest of the class so that he can execute his moves on her. It's effective, she warms up to him and hugs him.

During nighttime, Jason and Sheila hang out and drink some wine in her bedroom. Jason starts playing this master-slave game where they do a coin flip and whoever wins it will choose whether he or she wants to be a master or slave. Initially, Sheila refuses to play because she knows that the game connotes sexual submission.

They make out for a while. Then, Jason stops and calls Sheila's boyfriend on the phone. After talking for a bit to the boyfriend, he gives the phone to Sheila and tells her to talk and keep talking to her boyfriend no matter what. She starts talking to her bf while he starts making love to her, kissing her body, taking her panties off, eating her, etc. She starts moaning on the phone and starts talking absent-mindedly to her bf.

Along with Jason and Sheila's first touching of lips moment, the next scene where she talks to her boyfriend on the phone while he pleasures her is very erotic for me. Because first, I like the idea that she can't really refuse Jason when he tells her to do something risky because she has agreed to be his slave.  Second, shit, you really have to hear how she tries to suppress her moans and muddles her words while talking to her bf. Her boyfriend definitely notices her suppressed moaning and asks her if she's okay. He can't just tell it directly to her because he's a puss, but it definitely crosses his mind that Sheila and Jason are fucking on the other end of the line at that very moment (confirmed when he voiced his concern about it to Cassidy later).

The two cheating girls still have most of their clothes on in their sex scenes so we don't see their goods but don't worry, their scenes are really hot and don't need nudity to be effective (although it would have been welcome). Two other minor characters do show us their boobs during lovemaking in the early part of the movie.

The scene where Sheila chooses to be a slave and calls her bf while Jason pleasures her starts at around 50:20.