In this anthology film centered around the theme of "Eros," five seperate stories are presented by five top Korean directors. The main characters from each segment are connected with each other in one way or another.

"His Concern": A man and a woman are attracted to each other on the train, but he is nearly tongue-tied. "I'm Here": A wife hides every time her husband comes home, and wonders whether he will still look for her if she is not thereafter an upcoming operation. "33rd Man": While shooting an erotic vampire movie, an experienced actress teaches her younger female co-star how to seduce the director. "The End and the Beginning": After Jung Ha's husband dies, her husband's mistress insists on coming to live with her. "Believe in the Moment": Three high school couples test their love by permuting partners for a day. 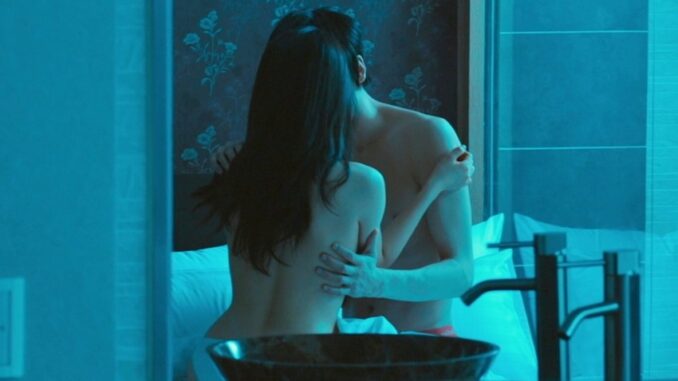 In the fifth story, "Believe in the Moment," three high school couples test their love by permuting partners for a day.

These are the original pairing of the couples when they didn't exchange partners yet.

Ji-woon (male) and Yoon-jung (female) - They're ones running in the track and field oval together at the start of the segment.

Sang-min (male) and Se-eun (female) - The way they became a couple is that Se-un was (and still is?) having an affair with her art teacher at that time. She made him jealous by kissing Sang-min in front of him and I guess she and Sang-min became a couple after that.

Jae-hyuk (male) and Soo-jung (female). -Theirs is, in my opinion, a classic cuck and slut relationship. Jae-hyuk doesn't fuck the chick assigned to him, while Soo-jung fucks the guy assigned to her without hesitation. At the end of the segment, Soo-jung even thanks Jae-hyuk (via a scrabble game they're playing) for letting them do the swapping. He smiles gleefully, like he's even grateful for getting cuckolded by her.

These are the pairing of the couples after they have switched partners.

Sang-min (male) and Soo-jung (female) - They ride a train to go to a hotel somewhere and they fuck without any kind of hesitation, unlike their partners. Based on their dialog, either they are old friends or they might have been together before so maybe that's why they're already comfortable with each other.

Ji-woon (male) and Se-un (female) - Just like what Se-un did with Sang-min, she meets her art teacher at a restaurant and kisses Ji-woon in front of him. She also tells him that she's gonna have sex with Ji-woon later and that Ji-woon is better than him in bed. After that, she and Ji-woon go to a hotel and she's the aggressive one who initiates making love to him. He starts responding and starts kissing her in bed, but she says something like, he is no different from other men so their lovemaking is put to an abrupt stop. They just play video games instead and actually have fun doing it.

Jae-hyuk (male) and Yoon-jung (female) - They kiss, trying to feel if there's chemistry between them. Yoon-jung tells Jae-hyuk that she doesn't feel it, that she likes kissing her boyfriend more and so she leaves. Jae-hyuk is left alone in his place while his girlfriend is getting fucked by her swap partner in a hotel room somewhere. 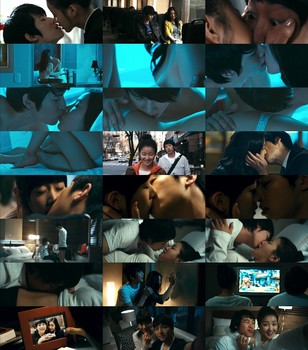