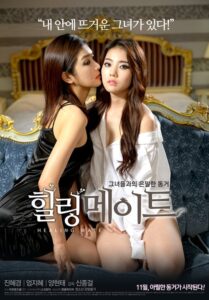 Ji-young, who is in her early 20s, runs away from home because her stepfather was sexually assaulting her when she was a child. However, now she suffers from trauma from what her stepfather has done. Later, she goes to a motel with a man but ends up stealing his wallet and leaving while he is in the shower. 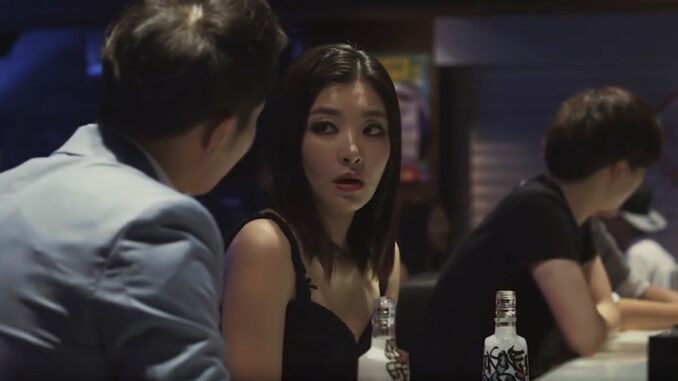 So there's this barista wife at her own coffee shop and she frequently serves these three young women who are in the prime of their lives, usually after they're done partying at bars. Among the three, there is Ji-young. Her modus is to pretend to come with men to motels for sex, whether they pay her for it or not, and then dump them and steal money from their wallets while they are in the shower.

The three young women remind the wife of her younger self, when her husband was still very sweet and affectionate to her. We see flashbacks of her husband courting her, etc. Then, in the present we see her cry while arguing with him during breakfast.

The wife becomes friends with Ji-young when she faints inside her coffee shop and she takes her to the hospital. She lets her stay at her house after that. They start hanging out together and become close. They also begin to fight, and then make up after, like real friends.

Then, we see Ji-young fuck the wife's husband. What a snake, right? But hold on to your judgment as there might be a plot twist coming.

Ji-young tells the wife to live a little. So they go to a bar and dance (83:03). A guy approaches the wife and starts hitting on her. As she is open for some fun that night, he successfully picks her up and brings her to a motel room.

Now, before this night, our wife is really the prim and proper type, a.k.a, not a slut. However, it seems that she really decided to have fun tonight and is very committed to having a one-night stand with the guy. So she is the one being the instigator during sex, the one taking charge, pushing him against the wall then kissing him, then pushing him on the bed, taking her clothes off, and his too, getting on top of him and then kissing him more in a passionate manner, and finally riding him quite hard until they finish. Now all I can say is... that is one lucky guy, getting to fuck a usually off-limits chaste wife just by being at the right place at the right time.

During the bar scene, we see that the husband was actually there, looking at his wife before the guy approached her and hit on her. What is going on?

Well, it seems that Ji-young is just a split personality of the wife or something she invented in her mind. At the end of the film, we see previous scenes where she and Ji-young were together, but this time, only the wife is in those scenes. And remember the part where Ji-young fucked the wife's husband? Apparently, it was the wife herself who fucked him. And all this time, it seems that her husband is aware of her condition and has still remained the sweet, loyal, and affectionate husband that he was to her. Aaaawww.

And also, this is the most important part, apparently, it seems that the guy who picked the wife up at the bar was her own husband! But in her sick mind, she just imagined that it was someone else. So technically,  she didn't actually cheat on her husband and has still remained chaste after all. But hey, in spirit at least, she still cheated because, in her mind, she agreed to come to a motel room with a guy who wasn't her husband and fucked him.

There are still a lot of questions in my mind, like.. those scenes where Ji-young went with men to motels and duped them.. were they real and was it actually the wife who was meeting and duping them? Because one of those guys, an aggressive one, was actually able to fuck her.