Check your reservations at the door.

Los Angeles, 1958: a detective holes up in a downtown hotel awaiting killers to come get him. During the course of one night he will meet various occupants of the hotel and the truth of how he came to be in his present situation will be revealed. At the beginning of the movie, housewife Mandy Moore attempts to seduce shower door installer Danny Devito. She asks him if he wants to watch her take a shower. He says yes so she starts to take off her dress, but feeling guilty about betraying her husband, she hesitates and stops midway. She talks to Danny Devito about her problems with her cheating husband instead, with her dress down to her waist and her bras exposed. Finally, she asks Danny to ravage her as a last attempt at revenge sex, but she really feels guilty about it plus Danny Devito is just too nice, so she does not go through with it.

At 32:00, a married female tennis instructor kisses and makes out with her female student (Carla Gugino) when she is giving her some tennis lessons. They also kiss at 36:33. Carla Gugino is also married, but estranged, and she relates to a character that she also cheated on her salesman husband with a guy back then (a brief non-revealing bed scene of them at 29:30). 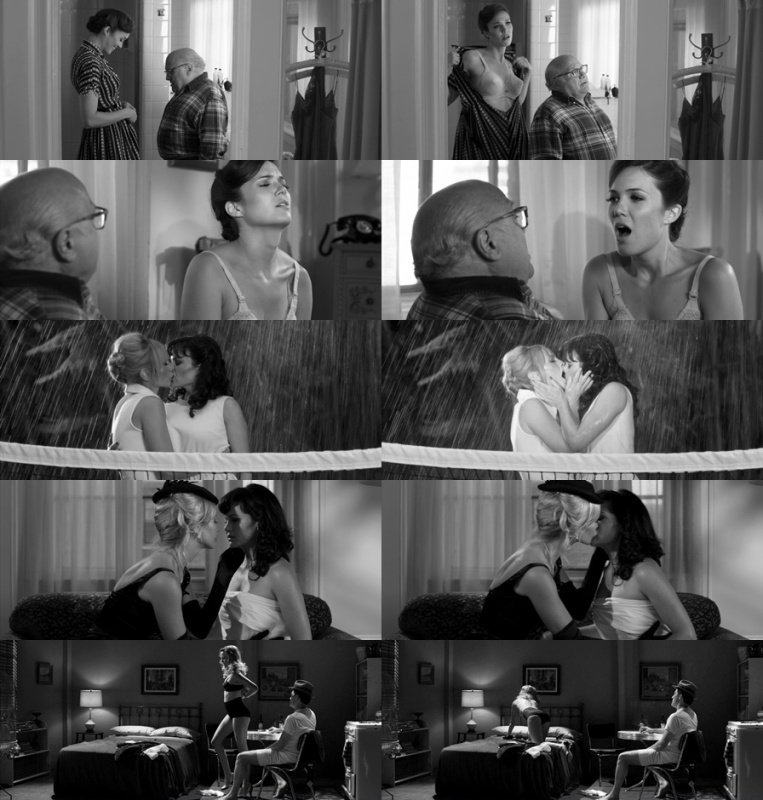