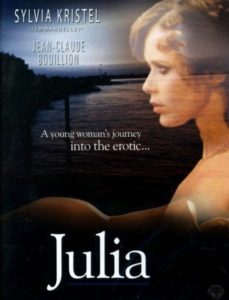 It's summer, and the air is quivering with passion, as teenager Pauli, who stays at boarding school travels to a small seaside town to enjoy the holidays with his family. On the train he gets to know the attractive woman, in whose compartment he sits down immediately after he has risked a glimpse into the section of the sleeping beauty. A little later, she vanishes and has sex with a stranger on the train toilet. He is thunderstruck at the train station when his father picks up not only him but also her. The unfaithful blonde, Yvonne is obviously the mistress of his own father. The mood in the villa is heated up from the beginning sexually: His womanizer father and sexy Yvonne, a crazy grandmother, Mimi, a cuckolded uncle, Alex his oversexed lesbian wife, Myriam and the lesbian maid, Silvana. Soon he meets his old neighbor Julia, who turns out to be an 18-year-old beauty. Like Pauli, she is still a virgin, but perhaps this summer, when they both lose their innocence, will be to each other. But there are several who are looking for the young beauty. Not least Pauli's own father.