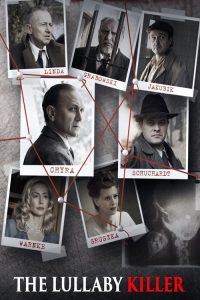 After a spate of mysterious disappearances in 1950s Kraków, young investigator Karski believes he's on the trail of a vicious serial killer. When his investigation points to wealthy and respected playboy Wladyslaw "Wladek" Mazurkiewicz,Karski finds himself up against his own supervisors, a mysterious woman and the hypnotic charms of Wladek himself. 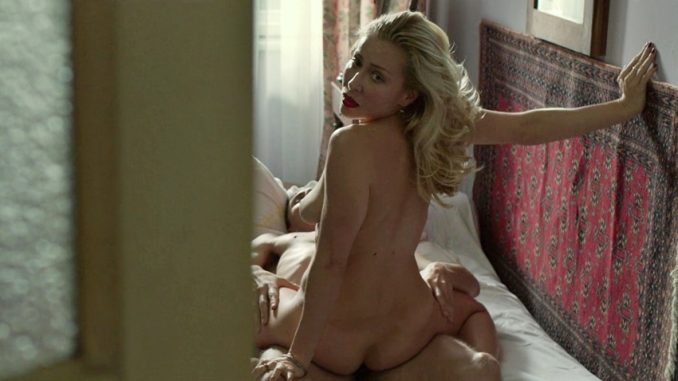 Wladek still lives in the same place with his ex-wife even if they are already divorced, so the first time we see their setup, it is confusing because only a later dialog would explain this. They occupy different bedrooms at the said place, although they seem to use the same bathroom, and are both open to each other receiving their current boyfriend/girlfriend.

We see a glimpse of the ex-wife's current boyfriend in her bedroom while Wladek welcomes his current girlfriend (or one of his girls) in the hallway.

At 15:47, Wladek fingers his ex-wife in the bathtub, which makes her a cheating girlfriend to her current boyfriend. 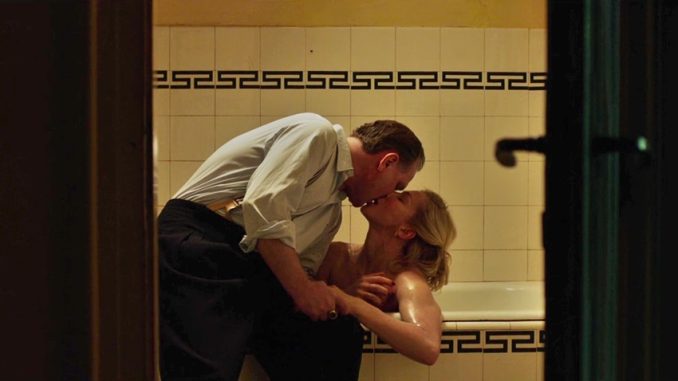 At 24:00, Wladek comes home and finds his ex-wife riding her current boyfriend in her bedroom (the bedroom door is open) and moaning hard until she climaxes. The first time I saw this, I thought that he is a husband getting cuckolded by his wife and is just helpless to do anything. But in the next scene, a dialog between the investigator and the ex-wife will tell us that indeed, they are already divorced.