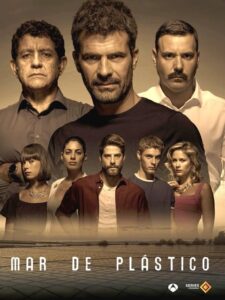 Mar de plástico (Spanish: Sea of Plastic) is a Spanish crime drama television series produced by Boomerang TV for Atresmedia. It airs on Atresmedia's main channel Antena 3. The series focuses on the investigation of a murder in the fictional town of Campoamargo, set in an area of the province of Almería known as the "sea of plastic" due to the numerous greenhouses that cover it, and the interracial conflicts that arise in the greenhouses. The pilot episode aired on 22 September 2015 on simulcast in Antena 3, Neox, Nova and Mega.

Read cheating notes at the forum (by xxxmen)