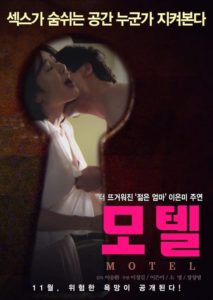 There is a motel in the countryside. Chang-soo and Eun-yeong are the married couple that own it. They are so affectionate for each other after all these years of marriage. Chang-soo is unable to perform sexual activities but that doesn't stop them from being dearly to each other. They set up cameras in every room of the motel and watch it together. Eun-yeong quenches her thirst for sex this way as she got married to Chang-soo at an age when she didn't know men. But Eun-yeong starts to change. Something happens one day when a male guest comes to the motel and Chang-soo gets rough... 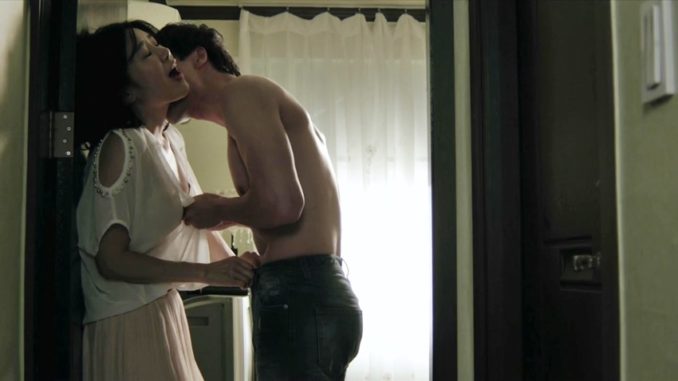 In the middle of the movie, the husband sees the male guest kissing his wife on the rooftop of their motel. She pushes him back at first but gives in when he pulls her back and kisses her again. The husband doesn't confront them and we see him crying and drinking alone after that instead.

A scene of the wife and the male guest heavily petting in a room while taking each other's clothes off is shown while the husband is drinking. But I'm not sure if it's real or he is just imagining it because the wife and the guest look at him (or at the camera) directly and start laughing.

This copy is cut, but the kissing scene of the wife and the male guest is intact at 27:10. Their petting scene in the uncut version is non-nude, but a guest couple in the motel provides a little sex and nudity.